Put Away the Tech, Part 3 by Scott Harris 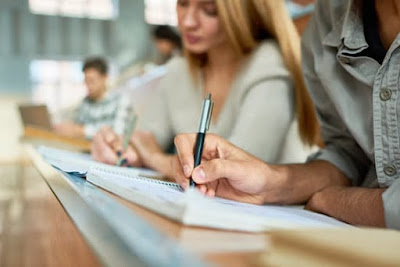 Last week I had a student I taught last semester tell me that she sat in on a class at a small liberal arts class she will be attending this fall. It was an upper level Anthropology class with 16 students besides her. All were taking notes on their computers. She was taking notes by hand, Cornell-style.

The professor eventually asked her what she was doing. She told her, explaining the research she had learned in my class about the superiority of taking notes by hand. “Close your laptops,” the professor said, “New rule in this class: all notes are to be taken by hand.”

So, 16 people now hate her, but at least they’ll learn more. You’re welcome. 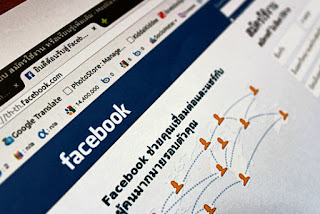 I posted the incident on Facebook, and it was one of the most liked posts I’ve ever made, exceeding even cute animal pictures or clever things my children said when young. Intuitively, people seem to know that note taking by hand is superior.

I got several contacts from professors, each asking for the research information, including an institute that is run jointly at Oxford and Princeton Universities. The head of the institute said they were likely going to go computerless/phoneless next year and would be happy to have empirical research behind the decision. I happily obliged.

Here are some findings. Virginia Beringer at the University of Washington found that MRI scans show that sequential finger movements associated with writing activate the large areas of the brain required for thinking, processing language, and memory. 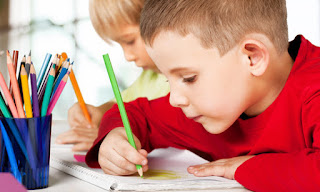 Dr. Beringer also found that 2nd, 4th, & 6th graders (who are not likely great typists) when writing by hand expressed more ideas, recorded more words, and did so at a faster rate than when typing on a keyboard.

Even having digital lecture outlines seem to alleviate the mental work that supports learning, i.e. organizing, synthesizing & summarizing in one’s own words.

Here is some source material: 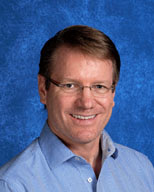 Scott K. Harris teaches The Moral Sciences: A.P. Macroeconomics, A.P. Psychology, and Philosophy. He holds a B.A. in History/Psychology and a M.Ed. in Teacher Leadership. He has also taught U.S. History, World History, International Baccalaureate’s Theory of Knowledge, and coached swimming and water polo. He piloted curriculum for Stossel-in-the-Classroom and is an associate producer for izzit.org.