From the Homeschool Front … Created Equal: Clarence Thomas in His Own Words by Colleen Hroncich 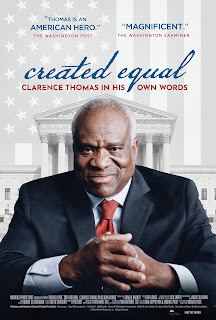 On a recent trip to Washington, DC, I had the opportunity to attend a screening of a documentary that will be released in 2020. Created Equal: Clarence Thomas in His Own Words is an emotional journey through a turbulent time in U.S. history.

The movie producer spent 30 hours with Clarence Thomas and his wife Gini, which is an incredible level of access to a Supreme Court judge. Especially one who typically stays away from the media spotlight. The result is a fascinating look at Thomas’ life that gives the viewer powerful insight into the challenges he’s overcome.

The film takes us to Thomas’ early days growing up in poverty in rural Georgia amidst rampant racism and segregation. He and his brother eventually moved to Savannah with their mom who found work there. Thomas recalls how different the squalor of urban poverty was compared to the relative security of rural poverty. Before too long, both boys moved in with their maternal grandparents, where they had access to indoor plumbing—and enough food—for the first time.


Having faced racism and inequality, Thomas was a revolutionary in college. He went to Yale Law School but no one would hire him when he graduated; in his mind that was because a black man’s Yale degree was viewed with skepticism. He was ultimately hired by Missouri Attorney General John Danforth—a Republican. At first, Thomas didn’t think he could work for a Republican. Eventually, Danforth became a mentor and a friend.

Thomas gradually came to realize the solutions to the problems faced by minorities and the poor couldn’t be solved by government. He began to study conservatism and the philosophy of limited government and individual rights.

After President George H.W. Bush nominated Thomas to the Supreme Court, one of his former employees accused him of sexual harassment. He vehemently denied the charges:

"This is a circus. It is a national disgrace. And from my standpoint, as a black American, as far as I am concerned, it is a high-tech lynching for uppity-blacks who in any way deign to think for themselves, to do for themselves, to have different ideas, and it is a message that, unless you kow-tow to an old order, this is what will happen to you, you will be lynched, destroyed, caricatured by a committee of the U.S. Senate, rather than hung from a tree."
Thomas won his confirmation battle and is now the longest-serving judge on the court.
Clarence Thomas’ road to the Supreme Court wasn’t simple or smooth. He overcame poverty, a broken family, and systemic racism. Created Equal lets Thomas tell his own story. It’s tragic. It’s funny. It’s depressing. It’s uplifting. Whatever your views on Justice Clarence Thomas, you owe it to yourself to see this film when it airs on PBS in May 2020. 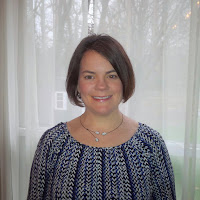 Colleen Hroncich loves that homeschooling allows her to learn right alongside her children. A published author and former policy analyst, Colleen’s favorite subjects are economics/public policy and history. She has been active in several homeschool co-ops and is a speech and debate coach.
- 8:58 AM