What's Your "Poop"? by Lee Mayfield 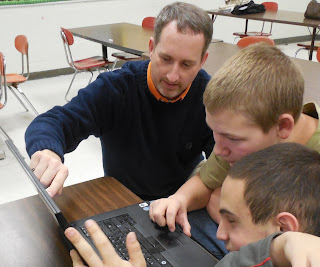 As a high school agriculture teacher, I am required to provide each student with a "work-based experience." We call this and "SAE" project: Supervised Agriculture Experience. These projects are designed to teach students the value of hard work, relevant work and to instill the entrepreneurial spirit. Some students find jobs by working for other people. Others take on projects on the school grounds. Still others develop their own agricultural projects bu raising animals, maintaining lawns, growing crops, or by starting a host of other small-scale enterprises. Last spring, after the students had been engaged in their various SAE projects for a few months, I wrote the following Ronald Reagan quote on the chalkboard: "There is no constraint on the human mind, no walls around the human spirit, no barriers to our progress except those we ourselves erect." I asked the students if this was a true statement.
At first, most were quick to agree. But as I pressed the students to think about this quote in the terms of their SAE projects, the students began to see constraints and barriers that limited their potential for success. Most of these barriers had been placed on them by others. One student mentioned he was not allowed to pursue his ambition of raising horses on his land because of local zoning laws. Another student mentioned regulations regarding how he could advertise in his community. Another student mentioned the fees, taxes, and burdensome regulations about growing watermelons he sold at his family's roadside produce stand. 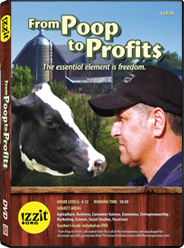 I then showed my students the izzit.org video From Poop to Profits. The video illustrated how a Michigan dairy farmer was able to use innovation and his entrepreneurial spirit to overcome obstacles related to his success. The students quickly related the experiences of the dairy farmer to the barriers they were facing with their SAE projects. I challenged my students to take inspiration from the video and apply the concepts in order to overcome any obstacles. In the video, the dairy farmer used resources he had readily available on his farm (manure) to create a value-added product to replace income lost due to low dairy prices, which had threatened to bankrupt his operation. 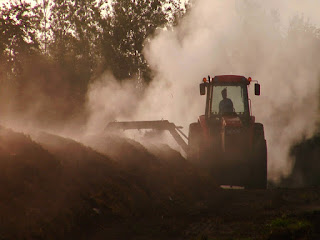 After engaging in a lengthy class discussion about the story of how the dairy farmer had turned a dire situation into a successful business venture, I assigned each student with a task: Each was simply to put him-or-herself in the position of the dairy farmer. I asked them to imagine what they would do if they, and their families, depended on their projects for their livelihoods. How would the students overcome these barriers which they had mentioned earlier in the class discussion? What solutions could they innovate? Do they have any untapped resources that could generate additional income? What was their "poop" they could turn into profits? I gave each of them two weeks to research, write, and present their ideas to the class.
The result were amazing. Here are some examples:
Josh is a junior who has steadily grown a small neighborhood lawn mowing service since he was a freshman. Josh took inspiration from the video and looked into the waste he created from mowing lawns. His "poop" turned out to be grass clippings. After researching several uses for the clippings, h e came across and idea to use the decaying grass clippings to generate heat for his small greenhouse. In his research, Josh discovered that a well-aerated compost pile typically generates between 90-140 degrees Fahrenheit internal temperatures. In our moderate climate, Josh determined that this was more than enough to heat his small greenhouse. With his heating issue resolved, he diversified his operation by growing vegetable seedlings in the greenhouse. He sold the vegetable transplants to area farmers and gardeners to supplement his lawn care project. 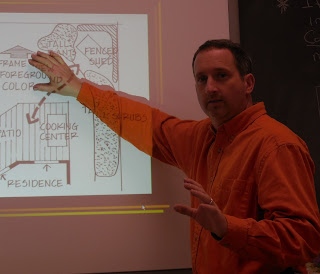 Amanda is a senior who was born and raised on the family farm. As a freshman, she began growing watermelons for sale at her family's roadside stand. While she was relatively successful with her watermelon project, she was inspired by the From Poop to Profits video and wondered if she could make additional profits. She asked herself "What would Brad Morgan (the dairy farmer) do?" She immediately looked into what she was wasting. Turns out her "poop" was unsold watermelons. Amanda researched the uses for watermelon rinds, and discovered rinds could be made into an assortment of products. She preferred rind preserves. By using the rinds from watermelons which would otherwise be discarded, she was able to produce a high quality product that has yielded additional income and become a local favorite.
Tanner was not raised on a farm. Instead he lives in a community without much land to raise large animals or grown crops. Since his sophomore year he has raised specialty rabbits that he sells mainly around Easter. After watching the video Tanner said "If that dairy farmer can turn cow poop into a profit then surely my rabbit poop has to be worth something!" Tanner was right. While the manure Tanner's rabbits produce is not enough to generate a sellable product, he was able to work out an agreement with a community garden that was just as good as money. Tanner agreed to supply the manure to the community garden, and in return, the garden manager would give Tanner the excess lettuce, carrots, and other produce Tanner could use as rabbit feed. Tanner said his inspiration came from From Poop to Profits, where he heard the phrase: "Do what you do best, and trade for the rest." Tanner learned that in a free society, businesses can work together for mutual benefit. 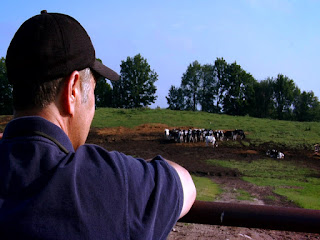 These, and many other students, have shared example after example of how izzit.org's From Poop to Profits video has moved them to explore innovative avenues in overcoming barriers to success. Later in the year, I wrote the quote from Ronald Reagan on the board again and asked the students if the statement was true. This time, without hesitation, they simply said "yes."
- 3:35 PM