My Life Before (and After) izzit by James Buchanan 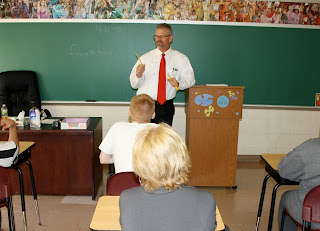 As a teacher of economics, it’s sometimes difficult to get the conversation started on topics like freedom, free markets and taxation. Before I found izzit.org, the reality was hard: my students didn’t really want to know about this stuff. Back then, good economics questions usually came from discussing the lunch menu and perhaps other choices they might face that day. 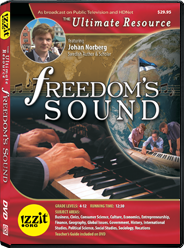 As I continued my relationship with izzit.org (and as my video library expanded), so did the interest from my class. In 2008-09, I showed them “Freedom’s Sound,” which tells the story of the Estonia Piano Company after communism’s fall. Students began to ask astonishing questions.
How could such a little country rise from the depths of communism into a flourishing economy? A gem of in just a decade? They wanted to know. That question led to an analysis of the country’s economic policy, which led to questions about taxation issues there, as well as at home…
What? I was stunned. Students formerly interested only in the lunch menu were now participating in a debate about state and federal tax law!
In 2009-10 I looked forward to using the video again--this time in hopes of steering the students down the path of a more efficient taxation policy debate. Well that didn’t happen. Now they wanted to know how a small country they never heard of could be doing so well, while the US was about to implode due to a financial housing crisis. Was it capitalism’s fault? Still, I saw this as an opportunity.
I jumped at the chance to have them investigate all of the culprits involved in the financial crisis. As the students began to ask better questions, our investigation led to the 30-year evolution of a law passed by government officials back in the 1970’s. This revelation led many to an understanding of the importance of limited government, as well as how laws passed by our elected officials can create incentives for businesses and individuals to act recklessly. My former “lunch menu questioners” were now delving into issues that they would soon inherit as adults. They were becoming true American citizens--asking tough questions about our financial system. 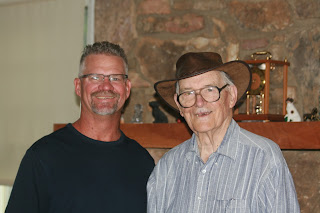 There are so many other stories I could share with you. From watching “UnstoppableSolar Cycles” and discussing pending cap and trade legislation, to wrestling day to day with issues offered via izzit’s Current Events service – I could go on. My contact with izzit.org even led to the fulfillment of a life long dream of mine: to meet Nobel Laureate James Buchanan. My space is limited. Suffice it to say “a picture is worth a thousand words.” 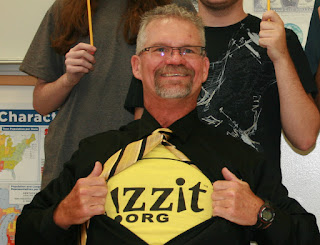 I consider izzit.org and their products as my side kick. They set up the debate, get my students warmed up, and all I have to do is step in and guide the inquiry to new heights. So it is with my deepest and most sincere convictions that I urge each and every teacher that reads this message, to take advantage of everything this organization has to offer.
- 1:35 PM